Gigi's restaurant at five-star the g Hotel in Galway city has been named the 'Most Instagram-Worthy Hotel Restaurant' in the world by renowned global travel brand Jetsetter.

In its annual Hotel Food Awards Jetsetter describes the resort's restaurant as chic, modern with "a Crayola sampler’s worth of brightly coloured velvet." 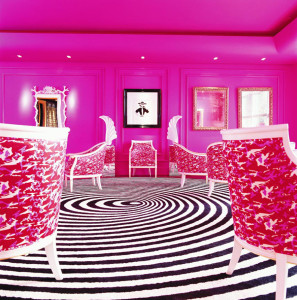 To compile the list, the website's editorial team sent out categories to over 200 travel correspondents from all over the world, then combined the responses with their own.

The website had the following to say about the restaurant:
"Think Irish interior design is all fusty Chesterfields and rolling fields of green plaid? Think again. Celebrity milliner Philip Treacy combined sleek chrome, plush curved banquettes and a Crayola sampler’s worth of brightly colored velvet to create the mod, mod world at Gigi’s, the chic restaurant at Galway’s G Hotel. No filters needed for the accompanying signature lounges, either, where you can also eat until your heart's content: The Grand Salon has silver-tiled walls beneath 200 hanging mirrored lights, and the Ladies’ Lounge keeps things swinging with a Schiaparelli-worthy paint job, Andy Warhol camouflage chairs and psychedelic black and white carpeting."

New Guidelines For Hospitality Venues Will Be Practical, Says Taoiseach

Nphet To Meet To Formulate Advice Regarding Easing Restrictions

Restaurant Property In Dublin Suburb Of Castleknock Hits The Market