Thornton's Restaurant on St. Stephen's Green in Dublin as been named as the Best Overall Restaurant by Food and Wine Magazine.

Stephen Toman of Ox, Belfast was named the country's top chef, with Ox also picking up the Best Restaurant award for Ulster.

Thornton's Restaurant, owned by Michelin-starred chef Kevin Thornton, opened in the Fitzwilliam Hotel in Dublin 2, after previously being situated on the Portobello Road.

The full list of winners announced by Food and Wine are as follows: 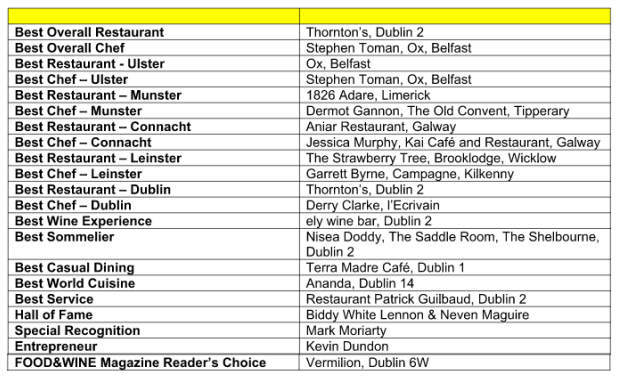