FBD Hotels &amp; Resorts (FBDH&amp;R) has announced two new appointments to its management and operations team as the company targets continued growth. Ger Alley (first picture above) has been... 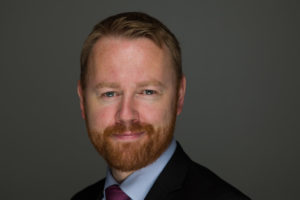 FBD Hotels & Resorts recorded revenues of €53.6 million in 2017. The group’s Irish hotels accounted for €15.8 million of its total revenues, while its hotels in Spain generated €37.8 million.

2018 has seen further growth for the group.

"Delighted" By The New Appointments

Commenting on the appointments, FBDH&R managing director David Kelly said, "We are delighted to appoint both Ger and Andrew to the FBD Hotels & Resorts Group management and operations team. Their appointments demonstrate our commitment to investing in the best talent and expertise in the hospitality sector, which in turn supports the continued growth of our business and delivery of our long-term strategic objectives.

"Both Ger and Andrew bring exceptional knowledge and skills in their respective fields, and I look forward to working closely with them to better serve our valued customers and guests."

Headquartered in Ireland, FBDH&R employs 700 people across its hotel and resort portfolio.

In Ireland, the company owns The Heritage Hotel and Spa, of Co. Laois, Faithlegg Hotel of Co. Waterford and the Castleknock Hotel of Co. Dublin.

The company also has an extensive landbank in La Cala, Spain, which it is developing partly via joint ventures with international construction company Taylor Wimpey Plc. The development consists of 650 units with gross sales value of €250 million.

The Metropole Hotel Of Cork Celebrates 125 Years Of Operating

The Metropole Hotel Of Cork Celebrates 125 Years Of Operating