Elavon, a leading global payments processor, appointed a country manager for Ireland for the first time. Hospitality Ireland spoke to Eric Horgan about his role and developments within the company and...

Elavon, a leading global payments processor, appointed a country manager for Ireland for the first time. Hospitality Ireland spoke to Eric Horgan about his role and developments within the company and sector. 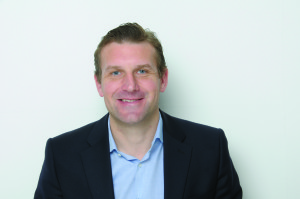 From Dundrum, Horgan studied at UCD and has worked within the payments industry for 16 years in a variety of roles, and it is this breadth of experience that informs his enthusiasm for the current role.

“There are a lot of things that make Elavon market leaders within the payments sector,” he says. “We are the number-one for payments acceptance within the hotel industry, and there are a number of reasons for that. We fund quicker than other banks into your account. Businesses want to see the money in their account as quickly as possible. We understand this need for speedy payments to customers. Elavon only does payment allowing us to be experts in this area. We invest in new products, so, from an innovation perspective, we believe we are ahead of the posse.”

Of course, the hospitality industry is unlike any other, and Horgan is quick to spell out what is involved in the specific processing of payments for hotels.

“We've invested in ensuring that our check-in and check-out processes are right for hotels. In addition, we are the exclusive
processor of American Express cards in Ireland. This makes life easier for our customer, as they have one point of contact, one statement and one funding payment. Hospitality businesses want to ensure that if someone comes in, they can pay with their corporate card, if required.”

Security is another hot area. “As a hotel or restaurant, there are specific security requirements around protecting customer data, cardholder data, so we provide services to support that, to ensure our businesses are compliant and their systems are secure when it comes to card data. We’ve also got a service called Dynamic Currency Conversion, which allows overseas customers to pay their hotel or restaurant bill in their home currency, meaning customers know exactly what they’re paying at the time. With that we have a best-rate guarantee as well.”

As the preferred payments partner of the Restaurants Association of Ireland, we have a unique insight into the needs of restaurateurs. In addition to to our American Express relationship and our ability to fund all our customers quickly, we recently introduced a new ePOS solution in association with talech. This new system will be showcased at the 2016 Hospitality Expo. This is a simple, powerful, tablet-based point-of-sales system that can take card payments, organise table plans and manage orders, along with the kind of real-time reporting and sales insights that allow business owners to make informed decisions and run their establishments better.

“talech has been working in Ireland for some months,” Horgan says, “and we’ve had really good feedback from restaurateurs because it solves so many problems for them in one simple solution.”

So why is now a good time to create the position of country manager here? “It’s the story of the Irish economy, essentially – particularly with hospitality, it’s a great time.

There has been substantial investment and reinvestment in hotels over the last year or two, and a lot of new ownership. Profitability is returning to hotels, along with bigger margins. We benefit from that as well. The recent figures around tourism show 12% year-on-year growth. We’ve always been strong in hospitality, so we have seen our hotel business grow by over 20% year on year, and 10% year on year for restaurants.

“These are growth rates way above all our other sectors, so we can see it turning. We can see also that it’s not just driven by foreign travel, it’s domestic, too.

From the data we have, those eating out in restaurants, for example, are about three quarters domestic and one quarter overseas visitors, so consumer confidence and spending is right up here. The UK and US, from a card-volume perspective, are the strongest markets.”
What about the so-called emerging markets? “China, over the past two or three years, has become more and more visible. They issue a card – UnionPay, similar to Visa or MasterCard, and it is now the biggest card scheme with the largest volume in the world, except we don’t hear much about it over here – yet.

With us, our customers can accept this card. The amount of purchasing power that some of these cardholders have is phenomenal e.g. we had two purchases in August of over €100,000. That is very unusual for our industry. The typical transaction value is somewhere between €50 and €100. We can see that, in general, tourists from China spend more, which is of benefit to the hospitality industry.

So what kinds of innovations is Elavon looking at to encourage this continued growth in the sector?

We see further emphasis on the customer experience - with additional growth in contactless, and the general displacement of cash. Contactless debit cards enable consumers to touch and pay, i.e. hold the card to the terminal.

In Ireland, we have seen a 225% increase in Visa Debit contactless transactions year on year, and this will continue to grow next year, particularly as the contactless limit has been raised from €15 to €30 per transaction.

We expect the volume of mobile payment transactions, using near-field communication (NFC) enabled smartphones, and the range of spend value to increase steadily over time as consumers become more familiar with the process.

While usage of phones to make contactless payments is expected to increase over time, they are likely to co-exist for some time with all other means of payment, from contactless credit cards to cash.

We have the infrastructure and the hardware in place for businesses to accept NFC transactions. Futureproofing our customers means that they will be ready when the new mobile wallets launch in Ireland, like Apple Pay and Samsung Pay.

Within the pub industry, “we see changes there,” says Horgan. “As well as the security of cashless payments, which is a big issue, there is also the speed with which the money is transferred.

Unlike a bag of cash from the weekend’s takings, where you have to wait until the bank opens on Monday morning, payments can be credited automatically, on the same day.

Traditionally, research shows that people like to use cash in a pub environment.

This was certainly the case when the contactless limit was €15, when the question was–canyoubuya round for that? Now that the limit is €30, expect to see it being used more in pubs.”

So in all, times are good at Elavon? “Yes. There are so many good tailwinds – from consumer sentiment, a weak euro brining overseas travelers, to the increase in domestic demand.

These all mean that hospitality is on the increase. We very much see it as one of the sectors we want to continue to invest in and stay relevant in.”